Driving School Nass, as part of the Kildare branch of Allied Driving Instructors offers driving lessons in Naas and surrounding areas. As such we are available for driving lessons from Leixlip to Edenderry. Also including Celbridge, Clane, Kilcock, Maynooth, Rathangan and other surrounding areas. As well as part of Naas like Aylmer Park, Monread and Morell. Additionally Jigginstown and Oak Park.

There is a Road Safety Authority driving test centre in Naas. It can be found in The Conference Centre, Osprey Hotel & Spa. Which is located in Devoy Quarter, Naas, W91 X40K. At the time of writing the waiting time is at least seven weeks. The RSA are not updating pass rates regularly at present. Allied Driving Instructors, Driving School Naas can help you in passing the test here.

The National Driver Licence Service have offices in Elm House, Millennium Park, Monread South. There is also a theory test centre in Naas. That can be found in Spring Garden Lodge, Sallins Rd, Naas West. So you can get through the full process of learning to drive without leaving Naas.

Contact Driving School Naas now to learn to drive or to get pre test lessons in Naas. We will get you safely on the road. 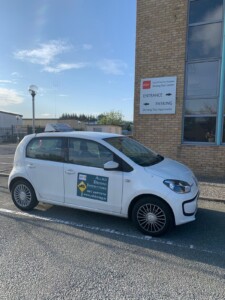