Where is the best place to do the driving test?

Where is the best place to do the driving test?

There are a number of factors to consider and angles to look at this from. Many people will base it simply on where has the best historical pass rate. The RSA have stopped publishing their pass rates. However, a newspaper recently accessed the pass rates through a freedom of information request. It was found that there was an oddity, in that the Killester test centre had a much higher pass rate than other test centres. It was significantly different from the Raheny test centre, just three minutes drive away. This anomaly seems to have been “corrected” by the RSA. Instructors are reporting that different testers are now working in the Killester test centre.

But are some test centres consistently easier?

Short answer, yes. So where is the best place to the driving test? Many of the more rural test centres have a consistently better pass rate. Why is this? Simple logic will tell you that in a smaller town there is less potential roads to use for the routes. It is a key point that there are routes, plural. Not singular. In a bigger town or city there are more potential routes. Also, in the smaller towns there likely to be less hazards. Some test centres do not have routes with bus lanes and cycle lanes. There may not be many cyclists or traffic of any sort to deal with. There may not be many hazards at all to deal with. I have been told that there are two test centres that don’t even have a roundabout near them!

Is the pass rate the most important factor?

No! Aside from the pass rate you have to think about where you did all your driving. If all of your practice is in one area it would not be a good idea to try pass the test in a place you have never been. Unless you can get pre test lessons in that area to understand the routes. So, it is usually easier to pass in the place where you have been doing all of your driving. 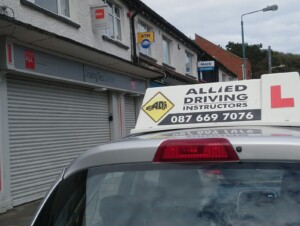