A long, long time ago in a land. Actually in lots of lands, left was to official side of the road to travel on. Archaeologists have found evidence that the Romans arranged to travel on the left at places of high economic and military traffic. It also seems most knights of the middle ages keep to the left. Additionally a Pope made a declaration in 1300 that visitors for a celebration should keep left.

So why did countries change? After the French revolution, aristocrats who had previously travelled on the left now moved to the right to try and be inconspicuous. After the US won independence from the UK they moved to the right to show themselves as different. Gradually many countries made the change. One of the most recent was Sweden, in 1967. They wanted consistency with their neighbouring countries and it went fairly smoothly.

What countries drive on the left now? It is just 35% of the world that drives on the left. Ireland, UK, Cyprus and  Malta in Europe. Along with India, Japan, Indonesia, Australia, New Zealand and some other British colonies. The UK and Ireland hove both considered swapping to the right and different times in the last 60 years. So we may have to re write a lot of the driving lessons on this website if the change does happen. 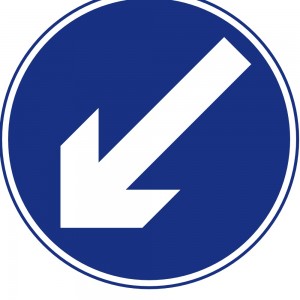